The ensure shake has about 9gms of protein per serving, which is relatively low for a meal replacement shake. Protein is a vital necessity in weight loss, with studies showing that higher protein diets are successful in helping improve body weight management.

A good rule of thumb for a meal replacement shake is about 14g – 20g of protein per shake serving. In general, protein is needed to promote a feeling of satiety, provides vital nutrients, and can help to boost metabolism in the body. At only 9g of protein per serving, we would bet that this shake isn’t going to keep you full enough to last you until your next meal.

Another issue with this shake is the type of protein used, which is milk protein concentrate and soy protein isolate. The milk protein is okay, but there has been a lot of controversy surrounding too much soy in your diet, and studies that say it may cause health issues including hormone disruption in men and women, and even fertility issues.

Though the evidence is not conclusive and there is mixed opinions as to whether soy is harmful or safe, in our opinion it is best to veer on the side of caution and stay away from it.

This is because fiber is necessary for both weight loss and a healthy diet. Fiber keeps your digestive system on track, creates a feeling of fullness, and helps your body remove toxins.

We would definitely like to see a higher amount of fiber in the Original Ensure Shake in order to be effective for weight loss, weight management and a healthy lifestyle.

This is one of the areas where ensure shake seems to be leading. It provides a good mix of nutrients and minerals per serving.

Many meal replacement shakes do not contain enough vitamins and minerals even though you are replacing a meal with that shake, which is not good for a healthy, balanced lifestyle and long-term weight loss program.

Sugar/Artificial Sweeteners including Maltodextrin, Sucralose and Acesulfame Potassium – All May Lead to Weight Gain

Moving onto sugar and artificial sweetener content, this is another area where this shake really misses the mark! With 15g of sugar per shake serving, that amount is far, far too high. If you’re using this drink as a meal replacement shake, you are going to drink it 1-2 times per day, meaning that you will consume 15g-30g of sugar just from this shake –which on the high end is already close to or more than the recommended amount!

Sugar, in general, stimulates the secretion of insulin, a fat storage hormone in your body and causes you to gain weight.

Also concerning is that the second and third ingredients listed on the label (after water) are corn maltodextrin (an artificial sugar), and sugar. The fact that they are so high up on the list means that there is a good amount of them used, and that is not good news.

A little more about maltodextrin…studies show that consuming this ingredient can result in side effects similar to many food additives including allergic reactions, possible weight gain, bloating and flatulence. Studies also show that sugary maltodextrin may promote the growth of unhealthy bacteria which can damage the intestine and increase the risk of inflammatory disease.5

Finally, the shake also contains acesulfame potassium (also known as acesulfame K or Ace-K, which is basically a calorie-free sweetener that is 200 times sweeter than table sugar, with a not so favorable reputation. Though it’s considered safe by the FDA, other sources disagree.

According to the Center for Science in the Public Interest (CSPI) there is evidence that acetoacetamide (created in the body when it breaks down Ace-K) can result in thyroid damage in lab animals.7

Not exactly a winning combination of ingredients! Also, we have to pose the question, with the sugar content already so high at 15g per serving, why even the need for the artificial sweeteners? Either way, this is a potentially toxic mess of ingredients that could wreak potential havoc on your health.

A thickening agent derived from red algae or seaweed. Though this ingredient is currently found in many different types of foods including some yogurt, dairy alternatives (like almond milk) and protein powders, it is highly controversial, especially as of late.

Carrageenan can cause gastrointestinal inflammation, higher rates of intestinal lesions, ulcerations and even malignant tumors. Research also shows that many individuals that have any type of GI symptom, from bloating to severe bowel disease found relief after eliminating carrageenan from their diets.8

Though other sources still state that carrageenan is a safe food-grade agent, the research is enough for us to at least insist that you use caution when cosuming anything with this ingredient (especially when it’s a shake you’ll be using every day).

Ensure shakes cannot be purchased on the Ensure website but they can be purchased online from retailers including Amazon, Target and Walmart. You can also purchase them in stores including Walgreens, Costco and some local grocery stores. 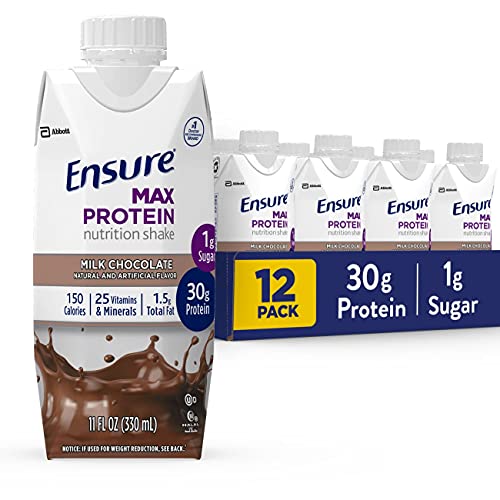 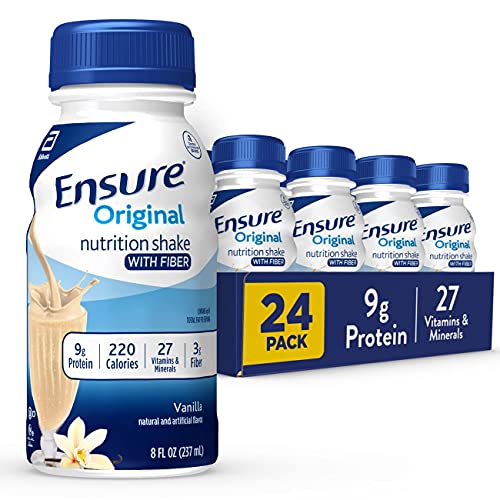 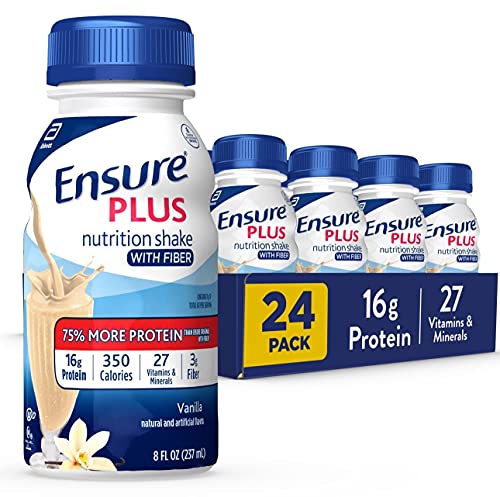 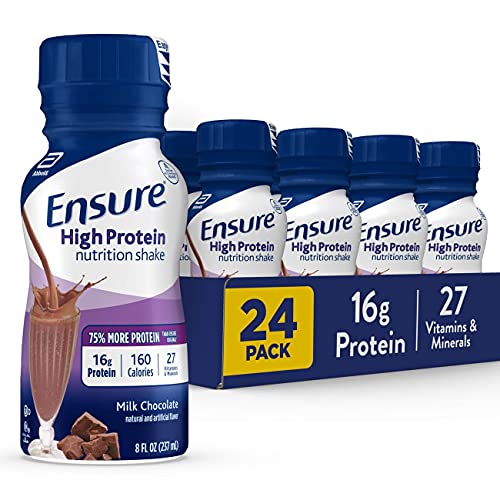 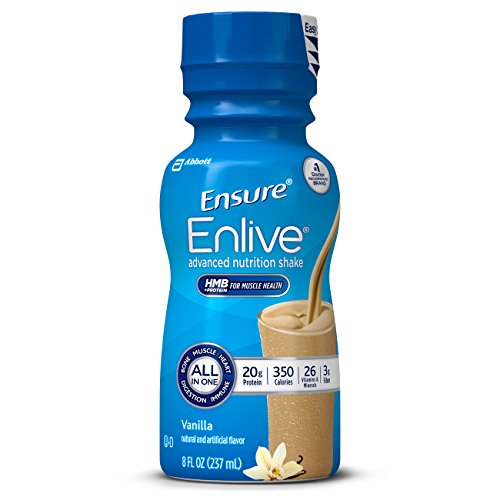 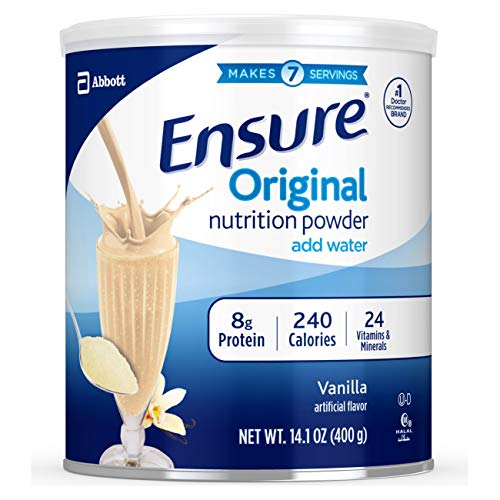 On Amazon, the ready-to-drink shakes go for about $35.00 for a pack of 24 ($1.46 per shake serving). This is on the lower cost end for meal replacement shakes, however, 24 shakes will not last you a whole month, so you would have to buy two packs in order to replace one meal a day with an Ensure Shake.

Although Ensure products serve as a convenient drink for weight loss or weight gain, Ensure may not be for everyone. The drink is sweet, which may not suit everyone’s taste — and for some — it may be expensive. It’s also not a good source of fiber, and you should not use it as your only source of nutrition. It also may not make a good meal replacement choice for people who have diabetes, because of its sugar content.

Detailed Overview of Ketosis: Possible Signs, Benefits and Side Effects

Ketogenic diet and ketosis are among the top trending topics in the wellness industry. A low-carb diet such as keto

Health Benefits of a Low-Carb Diet: Should You Eat Fewer Carbohydrates?

Although low-carb diets have been a subject of discussion for years, there’s no doubt that they are marking a comeback.

How to Get Into Ketosis Faster and Safely: 10 Steps to Follow

Common Sign and Symptoms That Indicate You’re in Ketosis

The best way to attain your health and wellness goals is by changing your diet. Low-carb diets have proved to

What Are Ketones: Everything You Need to Know

There has been a rapid resurgence of the use of low-carb diets for wellness in the last few years. People

What is Ketosis: Everything You Need to Know About Ketosis

In order for you to reach your weight loss goals and improve your general wellness, you need to change the